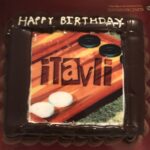 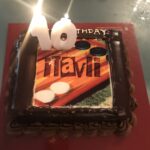 It was April 22nd 2011 when iTavli iOS version 1.0 was released. An idea written on a piece of paper became a popular game which is played by people from all over the world. Even though version 1.0 had only 3 games: Backgammon, Blockgammon and Narde, and limited functionality, there were people who loved to play this game, and they still do. We thank them all!!

Now, 10 years after this amazing, memorable day, iTavli is available for iOS and Android devices and for computers, it has 15 backgammon variants to choose from, 3 levels of difficulty, and two different ways to play against another human opponent: Via the Bluetooth device and Internet. The later method is the most popular one as you can play against other players on different devices. Lastly, but not least, you can organize and play in Backgammon tournaments.

We do know how iTavli will evolve in the next 10 years. What we know however, is that we will strive to make iTavli even better.

Thank you all for these wonderful 10 years!