How to Report a Player in an Online Game

In an online game, each player has about 1 minute to make his/her move. If that time is elapsed, the system assumes that either the player is occupied on the phone or that (s)he has left the game. Thus, the system gives the other player the opportunity to quit the game. If (s)he decides to quit the game, (s)he is automatically announced the winner of that game, and returns back to the main menu to start a new online or local game.

Dialog for Quitting a Game

This dialog is from the mobile version of the iTavli application. We will soon add this functionality in the Web version

When your opponent has not made a move within the available time frame, you will see the following dialog: 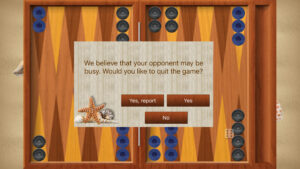 The first two buttons will terminate the game. You are automatically announced the winner of that game, and you go back to the main screen to start a new local or online game. When you click on any of these two buttons, your opponent will see the following dialog: 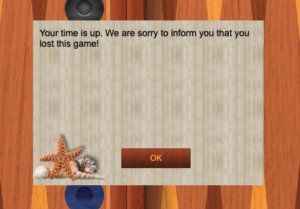 If you click / tap on the first button, in addition to terminating this game, you are also reporting this player. The player won’t receive any message / notification, but the number that each player has been reported appears in the list of online players, and in the invitation dialog: 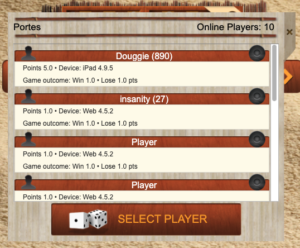 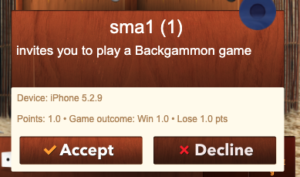 We do understand that is possible for a player to receive an important phone call during a game. That’s why, we propose to give a player a second chance before you quit a game. But, then again, there are other players who deliberately abandon a game when they see that that they can not win. It is not possible to understand why a player has not made his/her move within the given time frame. But, the number that a player has been reported is a good indication of the way that this player plays an online game.